Ana has just recently moved to Canada from Mexico City with her husband, 3 dogs and 2 cats. In Mexico City, Ana focused most of her time on rescuing animals and preparing them for adoption. She is proud to say she cared for and oversaw the adoption process of over 30 dogs in Mexico City.Ana made the decision to purchase Vicki’s Paw Spa in May of 2018, where she could pursue her career being involved with animals. She has a great love for all breed of dog, big to small, and will often be heard talking to them and singing to them. Ana believes this makes the dogs feel more comfortable in their grooming experience as well as helps her to develop a personal relationship with them. Ana’s goal for the shop is to continue delivering the level of service they are known for, as well as contributing to community wherever she can. She has great interest in being involved with rescue services, and animal shelters in Langley, and has already been very involved with the Langley Animal Protection Society. Ana’s ultimate goal is expansion into other areas of pet care inclusive to dog walking and day care as well. She also has a dream to expand the brand name and open multiple shops in the lower mainland. On a personal level, Ana is interested volunteering with local rescues, and continuing to help animals with adoption process and care. There is nothing she enjoys more than being a part of the full makeover process, and seeing the change in the animals looks, behaviour and attitude!

Felipe recently moved to Canada from Mexico City, where he was born and raised, along with his wife Ana, 3 dogs, and 2 cats. Prior to Grooming Felipe worked as a Senior buyer for a major department store in Mexico. While doing so he started working with Ana to rescue animals, and quickly discovered a new passion. He soon decided to hang up his suit and tie to work more closely with animals.Felipe attended Grooming school in Mexico City where he completed his Certification by the Canofila Association of Mexicana. He was trained in many grooming styles and worked with many different animals. Felipe has a love for a traditional and classic grooming. Felipe says while he loves working with all animals, in all sizes, his favourite would have to be the Bernese Mountain dogs. He finds their sheer size, behaviour, and demeanor to be strong and fascinating, while elegant. He is truly up for the task of working with these gentle giants. He is eager to continue working with more animals and expanding on his skill to become a Master Groomer in Canada. Felipe and Ana personally rescued all the animals they brought to Canada with them and they are both still closely involved with rescue operations in Mexico. His dream is to continue working in rescue centres in Canada as well. Felipe is also very interested in contributing to the community of Langley, which he has quickly grown to love. He has many hopes and dreams for success here and is excited to work closely with the great organizations we have here to do so. Felipe feels very fortunate to have found his groove at Vicki’s Paw Spa. He looks forward to working hard with Ana, and the rest of the team, to maintain this successful local business with the hopes of expanding and growing throughout the lower mainland.

Alexis has been working directly with animals, in a veterinary office, since she finished college with her Veterinary Office Assistance degree. She worked in the office for a little more than 2 years. While she really enjoyed the work, she decided she wanted to do more with animals and broaden her horizons, which was what encouraged her to seek out a career in grooming. Since Alexis has joined Vicki’s Paw Spa, she has quickly found her niche, and has become an integral part of the team. Alexis started with the shop as a Bather, Junior Groomer for Vicki’s Paw Spa, where she was given the opportunity to learn under Vicki, and the rest of the crew. She was excited to continue her journey with The Paw Spa when the new owners took over in May of 2018. Alexis has proven herself to be a strong team member and has since moved in to the Management position with the shop. Alexis specializes in working with cats, and says while working with them, they have an understanding of each other. Alexis has always had a soft spot for cats, and it shows in her work. She is happy to have the chance to utilize her skills and enjoys seeing the change in the animals after their groom. Alexis really likes the fact that every day is unique, and poses new learning opportunities for her. 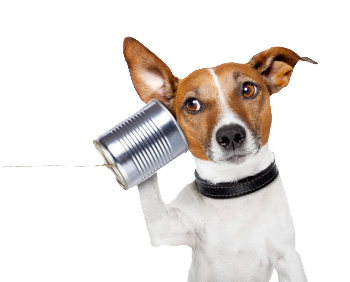